Sometimes dogs get that smell.  You know the kind I mean?  That odor that really makes you go “pe-yoooo.”  As much as you love the little buggers, you really don’t want them on your lap and you certainly don’t want to be lovin’ on them.  Time for a bath — or better yet, a trip to the groomer’s.

Yesterday, Izzy went to Spaws here in Roxboro and not only got the dreaded bath (he doesn’t like the water, though he’s a real nut about being toweled off.  He’ll wait in front of the door after our walks for me to get out the towel and give him his rubdown), but he was also trimmed and sprayed with an appropriately scented “freshener” for the holidays.  Suffice it to say, my house smells like pumpkin pie now.

Okay, for those of you who thought I was a bit down on doggie prima donnas who get all dressed up, you might want to give me a hard time for the pic of Izzy with his bandanna.  Not my doing.  Everytime he gets groomed, he comes home with a different kerchief.  They last maybe five minutes.  I usually find them under the couch with all the balls and bones he has “lost.”

So, here’s the boy — before and after.  Gotta admit, he looks (and smells) much better.  But it would be nice if he looked into the camera occasionally.  Take out the cell phone for a quick shot, and he either looks away or averts his head so I can’t get a full view, making him look horribly uppity 🙂 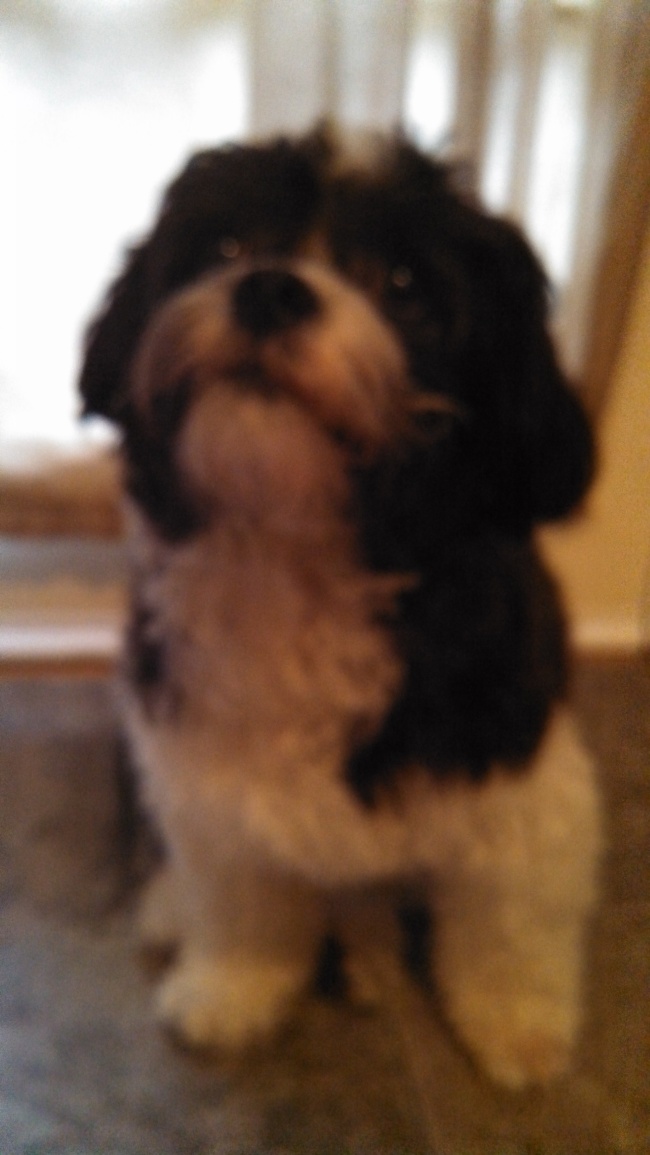 (Somewhat) Daily News from the World of Literary Nonfiction

The Writing Life, Books, and Things That Make Me Go, "Ah"

I AM therefore I Write. Official site of Marie A Bailey, writer, knitter, and stray cat magnet.

And, for good measure, a bit of Cooking and Eating

Some thoughts from author and agent Marie Lamba

All the world's an upstage.

The greatest WordPress.com site in all the land!

A Constant Writer and Aspiring Author of Fantasy

Referential: of, containing, or constituting a reference; especially: pointing to or involving a referent

Transform one meal into two with planned-overs